Ayurveda or the Indian system of medicine is perhaps the oldest system of medicine and treatment in the world. We can trace back the history of the principles of Ayurveda to the Indus Valley civilization or even before it. But those medical practices didn’t bare the name Ayurveda. It was from the Vedic age, after the advent of Aryans, Ayurveda got its nomenclature and independent status. The Vedic age revolutionized the world culture by the four Vedas, Rig, Yajur, Sama and Adharva. Ayurveda with its concise format is actually the part of the fourth Veda, Adharava. But from the time of the world-famous Vaidya (physician) and a master surgeon, Sushruta, that Ayurveda developed into a vast ocean of medical science. His contributions were supplemented and complemented by Charaka, the other end master surgeon and physician. Together they changed the zodiac signs of medical science.

Ayurveda, also like Unani, believes that human body is balanced by humors. In Ayurveda, it is distinctly asserted that three humors are Vata, pitta and Kapha. The balancing of these three creates the perfect health and imbalance creates ailments. An ailment stricken person, after detailed examination -physical and mental, by an Ayurveda vaidya does not only undergo treatment of that particular disease but he is empowered with a holistic way to relieve from complete imbalance, his body and mind suffer. 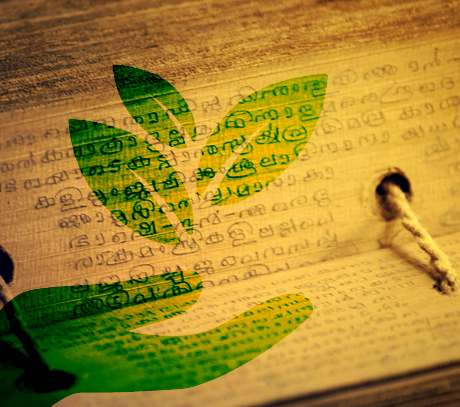 Ayurveda has 8 branches. They are :

Agni – The digestive fire in the body is represented by the word kaya, which is responsible for the metabolism in the body. The imbalance of this Agni creates the external and internal havoc in the body. Fever, diarrhoea, cough etc are cured by treating Agni.

Kaumara-bhrtya or Bala chikitsa forms an independent part of Ayurveda which deals with the treatment of children.

It is the treatment of diseases which affect ears, nose and mouth.

It deals with the surgical procedures as mentioned in Sushruta Samhita. Different types of surgeries like cataract, kidney stones, piles and even perforations of the abdomen are done.

Management and treatment of psychiatric diseases like unmada and apasmara are executed in this branch of Ayurveda. Apart from herbal treatments, yoga, pranayama, mantra chikitsa, and special diet are used in it.

It is the branch of Ayurveda which studies and treats the toxins or poisons in the human body.

The ageing process of human beings can be curtailed by the execution of this chikitsa. A long, healthy rejuvenated life is the product of this treatment. Longevity, memory, complexion, strength of senses are its by-products.

Ayurveda considers sex as one of the pertinent and divine aspects of life. This branch is dedicated to sex, treatment of its deceased conditions, infertility problems, enhancement of the reproductive fluid in the body.

The modern fast-paced life with its junk food habits, reactions received from over usage of chemical-filled medicines, all sorts of pollutions, modern lifestyle compelled man to take the last resort to Ayurveda. The 21st-century man is placing more trust in this pure, ancient medical science. Ayurveda too reciprocated this trust by tuning with the modern life with latest technological expertise. Modern-day Ayurveda combines pure herbal medication with the latest pathological investigation and techniques.

Ayurveda provides a complete healing package for sexually disordered clients. It’s not simply a pill – oriented way of the medical approach, instead, it improves the mental, psychological, psychic and biological fervour of the human beings to transcend their existing state to the uplifted sexually balanced state. Sexual disorders can be assumed as the result of many a reason –being anatomic, psychological, endocrine, neurological and metabolic. Treatment must be issued without imbalance any of these factors with the right medication and Ayurveda executes it with competence. The importance of treating the mind as well as the body for sexual disorders is especially concerned in Ayurveda which initiated to have a separate section known as ‘Vajikarana tantra’ (Ayurvedic medicine for Sexual weakness).

We, at Dr Rana's Medical Hall (RMH), understand the significance and depth of medical knowledge in Unani and Ayurveda; hence our age-old effort is to amalgamate the best and essence of these two streams of medical sciences. Duly recognized Unani & Ayurveda graduate doctors in RMH combine to form a special team who are in constant research to give the clients the divine Unani-Ayurveda healing. Sexually imbalanced cases like Erectile Dysfunction, Premature Ejaculation, Sexually Transmitted Diseases etc., we take up, with the firm feeling to eradicate with this vast know-how. Generations witnessed and present clients all over the world are witnessing these endeavours, to the summit of satisfaction. RMH ensures the client not only to become a sexually corrected person but a holistically balanced rejuvenated person.